Charlie Hebdo – just do it

Last Wednesday, as so many of us, I was totally absorbed by the devastating news of the attack on the editorial board of Charlie Hebdo.

It triggered a lot of emotions and thoughts. After a couple of hours this horrible event made a connection in my mind with the public library. It just happened. The libraries of Christchurch, Ferguson and Sarajevo popped up in my mind. They all played a important role for their own communities.

Because I spent the last two years wondering what might be the relevance of the public library nowadays (and they can be very relevant!), it was no strange association.

And I felt Charlie Hebdo really touched the soul of the public library. So I decided to explore my intuition and take the courage to ask David Lankes via the superficial medium of twitter what in his opinion would be the role of public libraries, if any. I believe we should treat such an event with all respect. My purpose wasn’t to make a ‘gratuite’ gesture on social media. I believe an attack on Charlie Hebdo begs for more than grief. We have to move on. And how do we do that? How can Charlie Hebdo be a bitter milestone that triggers us to get the best out of yourself… and the public library.

I was very grateful that I both got a reaction of David Lankes and Erna Winters.

After reading the blog of David Lankes, Erna Winters came with her own vision:

“I make a distinction to things that play in our immediate surroundings and what is happening in the world. The examples Lankes mentions in his blog, are situations where an event of great impact in the vicinity of that library happens. And yes, I think it is entirely logical that you and your team come together and start talking about how you can help your community and serve. With some simple care of people, but also the conversation and facilitate dialogue and boost. From the bottom values of a library.”

“Charlie Hebdo is a relatively distant event, that touched us all. And of which you can say that the effects of it will be felt in our society. We will not immediately come to action. What we are doing and will continue to is facilitate the dialogue between religions and communities.”

So what’s it actually about?

There was an attack in Paris on the editorial board of a cartoon magazine.

These days, I believe it’s not clear anymore what the difference is between world news and something happening in the vicinity.

What we all can see, is how big the impact was on people, even on the other side of the world. This impact can be related to fear (will such an attack really happen in my community?). And we should never brisk up fear, certainly when it’s irrational. On the other hand, we should not deny it.

I believe public libraries (for me the core is not the libary but the ‘active librarian’) serve their local community.  They serve them in order to read the world so that people can participate and become a responsible citizen. UNESCO’s Public Library Manifesto prescribes “High quality and relevance to local needs and conditions are fundamental” and “Collections and services should not be subject to any form of ideological, political or religious censorship, nor commercial pressure.”

For me this means, that what a public library should do with Charlie Hebdo depends on whether it is such an issue in the local community that it influences the local community and is critical to development of that community. “They can do this by (…) identifying and focusing attention on relevant and pressing needs and problems within a population” (Public Library Manifesto).

This means all libraries should make an assessment of the impact of Charlie Hebdo to their local community. Public libraries need to read their own communities. This assessment defines if any action is needed at all and what kind of action of the libary could be adequate.

I don’t have enough information about the situation of Alkmaar and surroundings to agree or disagree with Erna Winters in her situation. What I do see, is that public libraries in my country are totally absent in communicating about Charlie Hebdo. I am certain the public libraries of cities of Rotterdam and Gouda should come to action in neighbourhoods where we all know there is a history of tention.

Because we see – almost are able to quantify, if you look at the results of Dutch elections – the islamofobia.

Because we know, because of a recent study of the Scientific Council for Government Policy and the Netherlands Institute for Social Research) that our society, like more western societies, has the risk of social dichotomy.

Because our National Ombudsman stated in 2013 a digital growing gap between the haves and have-nots.

Because Charlie Hebdo is about the free word.

As Kurt Westergaard – the retired Danish cartoonist who created the controversial cartoon of the Islamic prophet Muhammad wearing a bomb in his turban – stated on Dutch tv on Thursday (Nieuwsuur): “I see cartoonists (…) as true anarchists who are very skeptical against all authorities”. And John Cleese once interviewed the Daila Lama and asked why buddhists giggle so much. The reply was: “What I like about laughter, is that when people laugh, they can change their minds. We become much more flexible when we’re not threatened.” (Collegetour).

Charlie Hebdo is about the free word. It’s about the truth, the search for truth and the vision that their can be more truths at the same time (or no truth at all) and that truth that comes along with power and agression is no truth.

We should go one step further than grief and sadness. We should try to make the future worthwile. We should’nt be afraid of picking up burdened themes like Charlie Hebdo. Because their gravity has a reason. They are important to us. Our next steps will define our future. The local public library can play an important role. 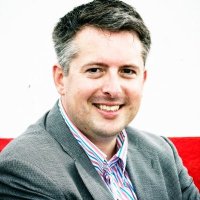 There is a deafening silence in library-land. We talk and talk and talk and spent our times on researches about the Holy Grail of the (e-)book and other marginal subjects. Society needs more than that. That’s what we call a Bredebieb. You have it in your DNA. Just do it!

P.S. Apoligies for all the Dunglish. All translations are my responsibility.